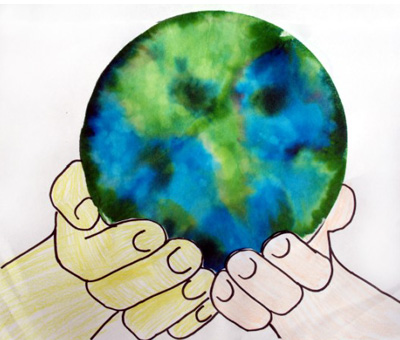 Faith in Action:
THE SOCIAL COMMUNITY: RIGHTS OF IMMIGRANTS

Let love be genuine, hate what is evil, hold fast to what is good; love one another with mutual affection; outdo one another in showing honor. Do not lag in zeal, be ardent in spirit, serve the Lord...extend hospitality to strangers. (Romans 12: 9-11, 13 NRSV)

From Susan Henry Crowe of the UMC General Board of Church and Society:
In recent weeks, we have watched with horror at the implementation of policies from the Department of Justice regarding the treatment of people migrating to the United States.

In early May, Attorney General Jeff Sessions announced a "zero tolerance" policy resulting in de facto family separation: children are immediately removed from their parents as they are apprehended after crossing the U.S.-Mexico border. And three days ago, the Attorney General also announced a policy reversing protections for asylum seekers fleeing domestic abuse and gang violence. Neither threat of violence is now considered grounds for asylum.

Furthermore - and in response to the ardent opposition from a wide array of faith communities - the officials responsible for these policies have recently used Christian scripture to justify their actions.

To argue that these policies are consistent with Christian teaching is unsound, a flawed interpretation, and a shocking violation of the spirit of the Gospel.

Faith in Action:
UMC Social Principles: Rights of Immigrants
We recognize, embrace, and affirm all persons, regardless of country of origin, as members of the family of God. We affirm the right of all persons to equal opportunities for employment, access to housing, health care, education, and freedom from social discrimination. We urge the Church and society to recognize the gifts, contributions, and struggles of those who are immigrants and to advocate for justice for all.

We oppose immigration policies that separate family members from each other or that include detention of families with children, and we call on local churches to be in ministry with immigrant families.
► Web Resources
1. https://www.umcjustice.org/what-we-care-about/civil-and-human-rights/immigration-to-the-united-states (or search on "UMCjustice.org immigration")
Wilmington United Methodist Church  •  87 Church Street, Wilmington, MA 01887  |  Phone 978.658.4519
© Copyright 2021 Wilmington United Methodist Church   |   Terms of Use - Privacy Policies