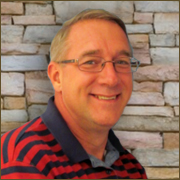 In the fall of the year, we ask for your financial support. I want to tell you a story about the good we can do together in the church. The story was first told by one of our camp directors Norm Thombs. I am retelling it in a shorter version. Morgan was a camper, and she wanted to go home. Stacy was in the camp that week and she did not want to be around her. They were from the same school, and there had been some bullying. Morgan and a few of her friends had bullied Stacy. The school did an excellent job intervening.

Morgan felt very guilty and knew that her presence in camp could be complicated for Stacy. She wanted to leave so Stacy could enjoy a week of camp without being reminded of that painful experience. Norm called the parents of both girls to get a little advice on how to handle it. After a lengthy conversation with both sets of parents. He approached Stacy and told her that Morgan wanted to leave camp. When Stacy heard that Morgan wanted to go for Stacy's sake, she knew that the apology the school has asked Morgan to make was indeed sincere. Stacy did not want Morgan to leave camp.

For the first time since the bullying occurred, Morgan and Stacy spoke to each other after dinner. The camp staff gave them privacy but stayed close enough just in case. We don't know what they said to each other, but we know they talked for a long time. Morgan and Stacy talked while the other campers spent an hour boating and another hour playing kickball and then sharing the campfire snack. Can you imagine the levels of healing and discovery that occurred during that conversation? They developed a deep friendship. They were camp buddies for years.

I share this story with you because I am proud of our church and its meaningful impact on people's lives. After all, we are generous. Unfortunately, I have never met either Morgan or Stacy. But I do know Norm. I know that life-changing moments happen not just at Mechuwana in Winthrop, Maine. They happen at Wanakee in Meredith, New Hampshire, and at Camp Aldersgate, in Scituate, Rhode Island.

I will think of Morgan and Stacy and their friendship when I fill out my pledge card this fall.